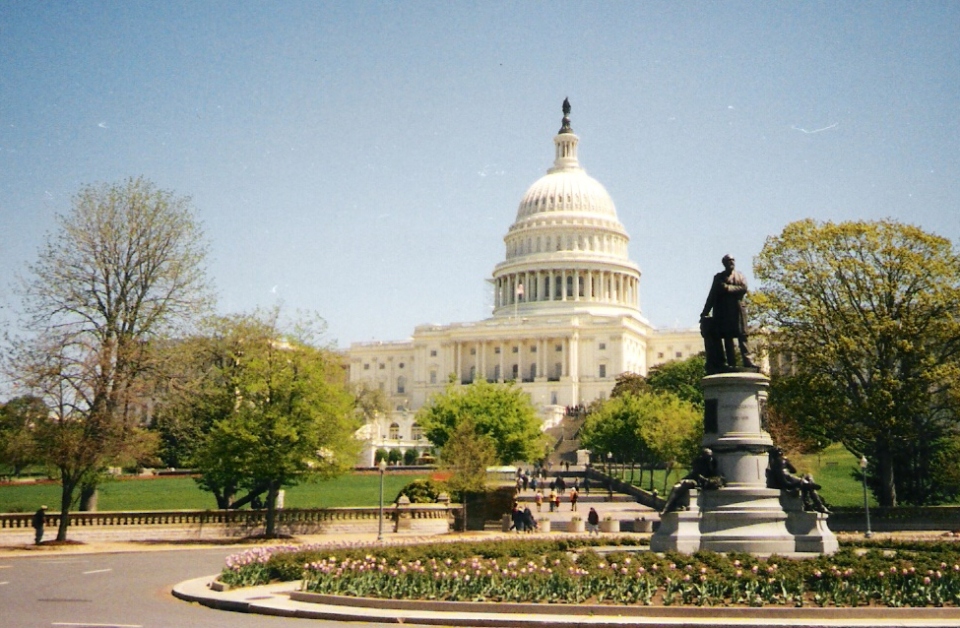 The capitol city had not been built when the US Constitution was signed in Philadelphia September 17, 1787, but this is the most relevant photo I have.

For those who have not read the US Constitution recently, I’d like to quote the 5th paragraph of Article 2, Section 1, which delineates the necessary qualifications for the President of the United States.

I interpret this to mean that the “natural born citizen” qualification was specifically intended to keep Alexander Hamilton out (as the writerswithoutmoney bloggers have noted), but after that, it was an open field for those 35 or older, who had lived here at least 14 years.  But I’m not a lawyer.

Article 3, Section 1, defining the Supreme Court, is even more vague:  “The judicial Power of the United States, shall be vested in one supreme Court, and in such inferior Courts as the Congress may from time to time ordain and establish.  The Judges, both of the supreme and inferior Courts, shall hold their Offices during good behavior, and shall, at stated Times, receive for their Services, a Compensation, which shall not be diminished during their Continuance in Office.”

In other words, there are absolutely no Constitutional requirements for Supreme Court justices, no specified number, and the appointment for life is not written in the Constitution.  This means that the last word on every law in the United States rests on the power of nine unelected but appointed individuals who are notorious for 5-4 splits.

This is not a “democracy.”  It is not a “republic.”  It is an economic engine driven by the “Framers”  and funded by a continent of previously untapped natural resources that they needed taxpayers to exploit.

While ObamaCare is blamed on or credited to Democrats, let’s not forget that the Bush-appointed Chief Justice John Roberts cast the deciding vote.  He weaseled around to the personal insurance mandate by calling it a “tax,” thereby effectively passing the world’s first tax on breathing.

Citizens who are willing to put up with this deserve to be slaves.