My hat’s off to the poor Georgia farm boy who made it big.  I’d like to spend more time in Plains and other south Georgia farm villages.  Folk art like this is being quickly gobbled up by corporate monotony, (broken) concrete, and pavement.

What is the global warming effect of megatons of concrete and pavement being smeared across vast acres of previously fertile farmland, land which breathed CO2, drained saturated earth, and produced O2 and food?  Massive flooding, followed by draught?  Man’s genius at work?

Those who don’t get a vote in the polls or in voting booths, the lowly peanut, for instance, are being force-fed chemicals that deprive the naturally balanced ecosystem of vital nutrients. in the dance of life . . . how much healthier it would be if the federal government and Wall Street collapsed sooner than later?  Awesome.

Jimmy giving the Sunday service at Maranatha Baptist Church, Plains, GA, April 15, 2007.  Millard Fuller, founder of Habitat for Humanity, was also a member and was present at that service, during which  Jimmy introduced Mr. Fuller.  After the service was over, others crowded around the President (once a president, always a president, if you like him, say I), so I approached Mr. Fuller with a Supreme Court Balls Starter Kit.  This is a Publix glass peanut butter jar filled with Libby Belle’s propaganda, Supreme Court Balls Designer Labels, “Support our troops  Bring them home” bumper stickers, a few coins to represent common cents, and my Church of the Holier Than Thou, Incorporated business cards.

I begged Mr. Fuller to pass the jar along to President Carter.  I said we have to save south Georgia, which is being overrun by the military, to feed money exporters up Nawth.  Does anyone else think it’s eerie that Savannah is now calling itself the World Trade Center?  Would you want that economic advantage in your back yard?

So here is a free copy of the Supreme Court Balls Designer Labels.  Best part is anyone can make sheets of these liberty statements and paste them on the back of their Southern Company bills, for instance, to protest the tax imposed to pay for Plant Vogtle’s anticipated debt. Sell SoCo stock, is the first part of what I gotta say.  The second part is to get off the grid as fast as possible, before US incompetence blows us out of the water. 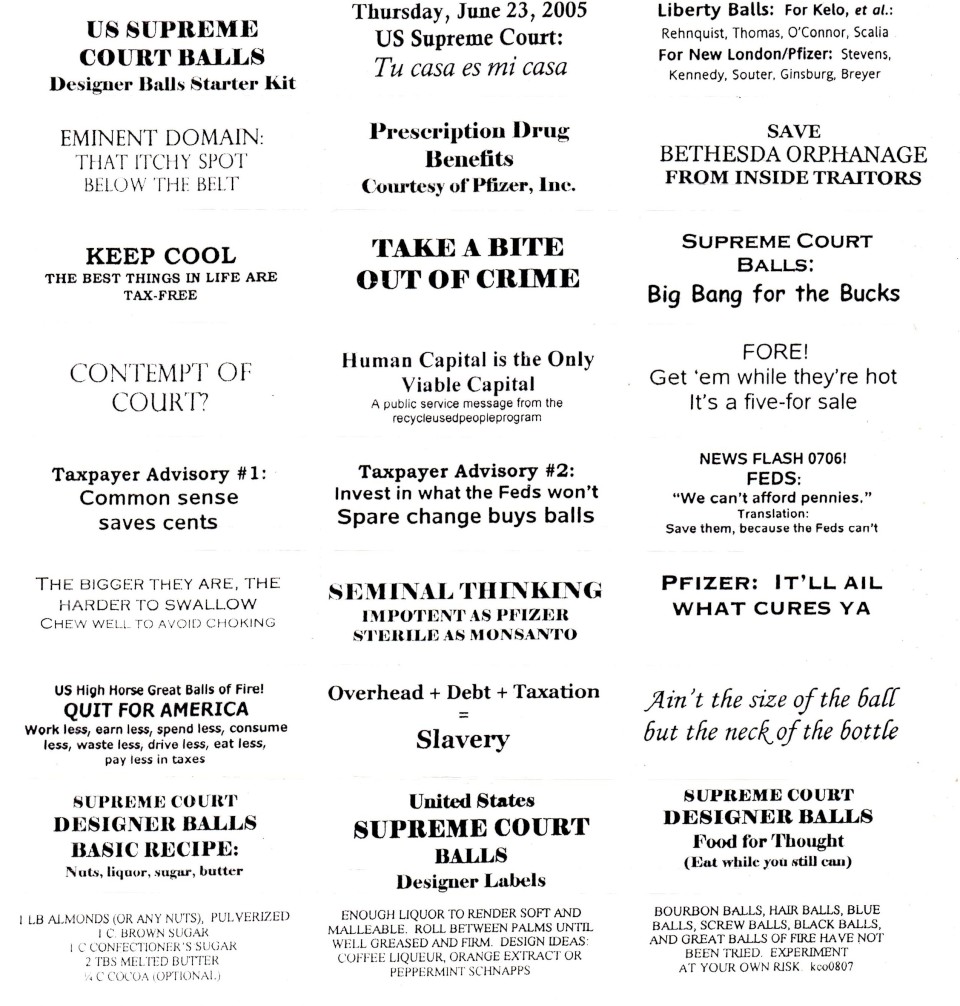 I do not claim to speak for Habitat for Humanity.  Many years passed before I did my first volunteer stint October 24, 2015. 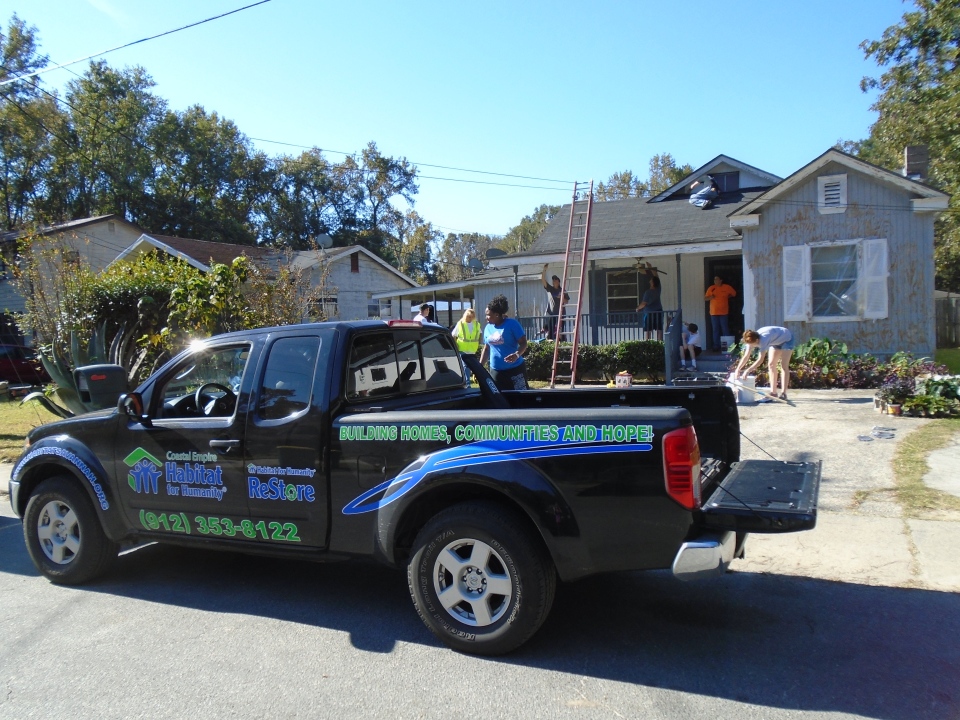 Above:  The Habitat for Humanity worksite in Garden City, GA October 24, 2015. A delightful day, perfect weather, well organized, lunch delivered by golf carts. A good time was had by all.  Only the band was missing.

Below:  The United House of Prayer for All People, with lions guarding the entrance, and three crosses overseeing those who enter. It rests quietly in the neighborhood where a flock of Habitat for Humanity volunteers, paid staff, and well-wishers prettied up six houses in one day. I found this House of Prayer on my way to the porta-potties (Composting toilets, anyone?  Don’t need plumbing–the mechanical kind, that is.)

I also noticed litter everywhere and wondered if Habitat or the United House of Prayer could sponsor volunteers to pick up trash and deliver it to the Garden City Hall during one of the council meetings.

Thanks, in part, to you, I’m proud to be a Georgian.

Bless you, Jimmy.  May you always walk with angels.