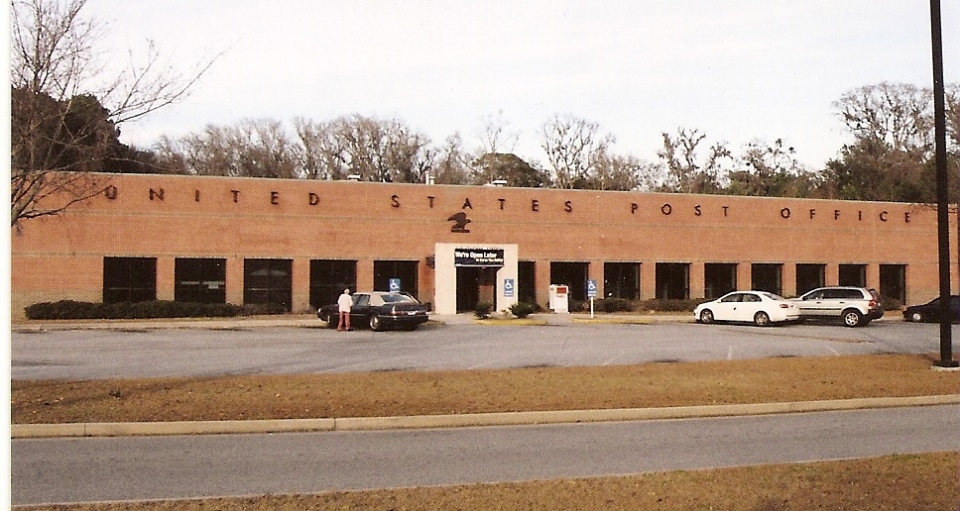 Ten years ago this month I was working a short-term contract as a psychiatrist in a public mental health outpatient clinic.  At I was considering allowing my medical and DEA licenses to expire, simply because I felt like a hypocrite.  I entered psychiatry to set people free, not to enslave them to diagnoses and drugs, government and insurance, for the rest of their lives.

Sunday, April 1, 2007 – Driving around Columbus, GA shows how depressed the economy is.  It smacks of military people borrowing against an uncertain future. Independent businesses are so rare as to be non-existent. Otherwise, Columbus is clunking along on pawn and title pawn shops, government buildings, banks, insurance companies, and a variety of businesses dedicated to selling and maintaining vehicles and vehicle parts.  There is so much run down and empty commercial space – and the place looks generally devoid of life – that the only activity shows at the multiple traffic lights, where large trucks, vans, SUV’s and old clunkers congregate as if at a business meeting.

Tuesday, April 3, 2007 – The pet food scare widens, and it appears the economic hit is on China’s wheat gluten.  I’m more convinced than ever that the thugs at DHS, CIA, FDA, CDC, or DEA are behind it, and they all answer to Bush and Cheney, the sadomasochistic side show in the world-wide butt fuck.

I believe the goons at DHS have made their point.  Melamine is a plastic, used in McDonalds’ forks, hahahaha, and the latest bullet in the war on pets, but the repercussions in the plastics industry should be interesting.  I’ve wondered about the buildup of plastic breakdown products in the environment, and the toxins they release.  Animals would be the most susceptible, of course.

No one has proved the wheat gluten is the cause.  No one has even proved what the toxic agent is.  The “scientists” are disagreeing with each other, thus to obscure the real issue (in my view) that this was inside sabotage by someone who had access to aminopterin, which was proven in the DHS-funded lab at Cornell, created for the purpose of protecting US tax revenues from foreign threats.

The media arm of the Police State blithely ignores the obvious, so eager is it to cozy up to the perpetrators.  I’ve noticed AP is particularly reprehensible along these lines.  No wonder it hides behind its image.  It took some research to discover where their corporate offices are.

Wednesday, April 4, 2007 – The vague cloud of fear that hovers over me surrounds the planet, I suspect, and I am less afraid than most.  Unseen enemies are those who are reacting to their own fears, and I have to dance lightly to stay out of their way.  I try not to take insults personally, even if they are meant that way.  I get strong reactions from people, as on the ESLR message board, when I assess the state of the “economy.”  I don’t pander to the Wall Street-generated hype meant to reassure people of economic growth, despite evidence.  It’s a pack of lies and deserves to be so-called, because people aren’t as gullible as they once were, especially as they feel the “economic growth” like a cancer in their personal lives.

Wednesday, April 4, 2007 – How much time does it take to grow an acre of corn, convert it to ethanol and burn it?  Has anyone calculated the cost of energy, soil depletion, and water for the process?

The environmental groups are quiet on this one, and so are the Agriculture Department, the economists, farmers, American Solar Energy Society, and scientists.  Isn’t anyone even curious?  Congress hasn’t asked, Bush certainly doesn’t want to know, and once again, I am the lone voice asking questions that should have been asked a long time ago, before the legislation, before the factories were built, before the farmers were seduced into following this government-created fad.

Wednesday, April 4, 2007 – The noise makes constant assaults on my senses, and I’m afraid  I will explode from repressed fury.  The airplanes have been droning–along with machines, traffic, and sirens–but mostly constant airplanes since I got home to the camper, exhausted from a relentless day, seeking a little peace, not to be had here, where the very earth is vibrating from the din.

I, for one, will be glad if I live to see the world run out of oil.

Now, the train.  The trucks on the highways.  The last airplane is gone, finally.  Was air traffic stacked up over the airport?  The train whistle is constant.  Everybody is in a dizzy tizzy today, all except the one bird I hear twittering, and my cat, who is as serene as a placid pool, asleep.

That train has been whistling for five minutes.  Motorcycles, more trucks.  If I were home and could do it, I’d let out a primal scream by now, so furious am I.  A horn.  another motorcycle.  I can still hear the train.  More traffic.

I turn on music and dance awhile, as I encourage patients to do.  It helps my attitude a little.

Train still blowing the whistle – seven minutes or so.  Constant.

The work turns me into a zombie prescription writing machine.  In W’s office, where I work on the adult side, the computer is also loud, so I listen to that all day and wonder if that contributes to my headaches.  Or maybe it’s the coffee they have there, the creamer, the stress.

I just got up and closed the windows.  It helps a little, but my head is vibrating still.  I can feel it like a saw grinding though my skull.

I turn on the fan, now that the windows are closed.  I can still hear the traffic noise outside, even though the fan is only two feet away from my head and has its own noise.

How loud must it get before people wake up?  Now I know why people go deaf.  Not that it would protect anyone here, because the vibrations penetrate all walls, all protections.  You can hear it over the music, over the fan, over the air conditioning.  It rattles the ground, shakes the camper.  I might as well be in the center of a war, except this is a war on nerves, as in the nerve of them.  There is no defense against sound, except to leave or bury my head in  . . . what?  The earth transmits it, too.

You get what you focus on, says Seth, but how can I think of anything else?

Winston Smith, in George Orwell’s classic novel, 1984, had a horror of rats gnawing his face, so those who would convert him used rats in cages over his face, as I recall.  For me, relentless machine noise is the torture I most fear, but I am already being tortured, and my head hurts, and I think I will have a stroke or heart attack, and soon, if I don’t escape this hell hole in a healthier way.

Who exactly owns the USPS, which is so heavily saturated with garbage mail it can’t deliver a first class letter without losing it in the junk?  Why am I subsidizing these assaults on my money, attention, and all the trees on the planet?  I pay yet again for the destruction to the environment.  And these government goons are blaming taxpayers for global warming?  They are burning resources just as fast as they can get away with it, and their solution is to do more of the same?

Not at my expense, folks,  Use your own money to play stupid, because I don’t run my life that way.  Double rates on all sneaky mail (that is, all mail with rates they don’t want you to know).  How’s about publish ALL the rates everyone has to pay, like the slick paper flyers and unwanted medical journals, CME offerings, school and university solicitations, magazines, newspapers, non-profits, campaigners, sales pitches, fundraisers.  If they didn’t spend so much money on self-congratulatory propaganda, perhaps they could afford to do some good.  What exactly is pre-sorted first class? 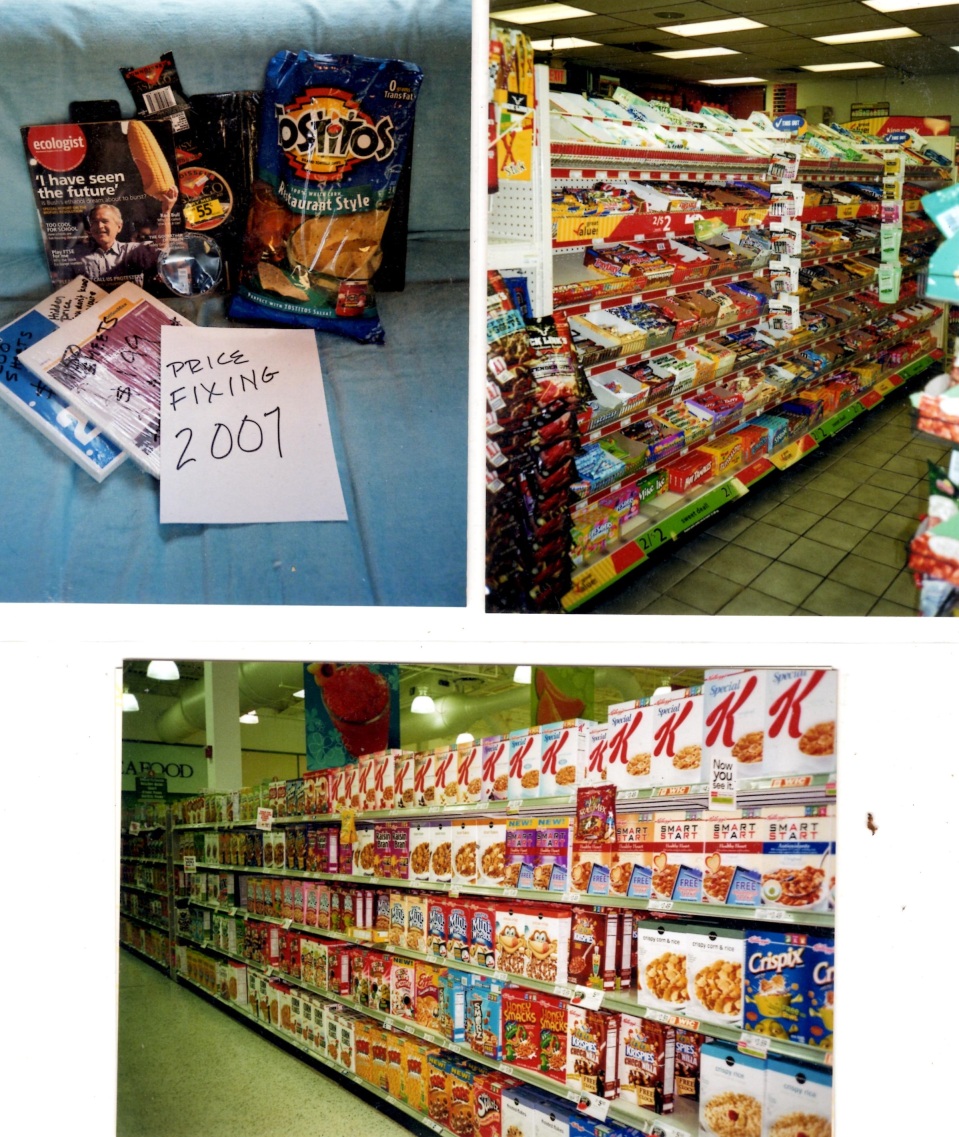 Not only is ethanol–otherwise known as corn liquor–corrosive for engines, corn liquor is less fuel efficient than gasoline, raises the price of food, and unfairly squeezes small and independent farmers.  Archer Daniels Midland, which is involved in every step of the growth to international insurance aspect of the corn chain, was the major benefactor from the ethanol mandate.  It distributes many highly advertised, processed, packaged, and nutritionally depleted food products.  Factory food stocks do well in today’s market, too.

Which isles do you shop?  The most nutritious and healthiest foods are also the least expensive.

“The only good thing about ethanol is you can drink it.” –A wise person
STOP ETHANOL, 2016