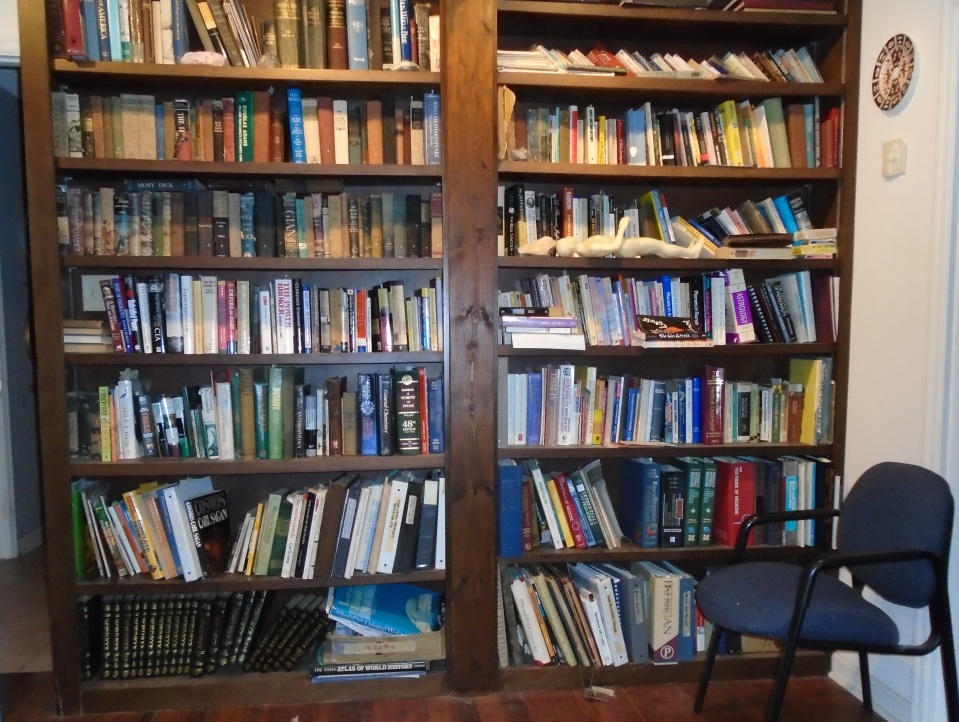 If I am opinionated, these are my teachers.

Happy Thanksgiving, Everyone.  Today, Thursday, November 26, 2015, I am feeding poultry, rather than the other way around.  I’m contemplating the market value of feathers from live chickens, and other tangible assets on the here-and-now front.  The Golden Goose, and all that.

I seem to be scoring hits with these Process Commentaries on books about current events.  Here’s another one.  Confessions of an Economic Hit Man was published in 2004.  I read it in March, 2006.  It was an eye-opener.  Perkins doesn’t go into the domestic implications of EHMs.  Think about the domestic implications of the EHM mentality, and you’ll never think the same again.

With out further ado, I’m uploading my 2006 take on Confessions:

“Economic Hit Men (EHMs) are highly paid professionals who cheat countries around the globe out of trillions of dollars. They funnel money from the World Bank, the U.S. Agency for International Development (USAID), and other foreign ‘aid’ organizations into the coffers of huge corporations and the pockets of a few wealthy families who control the planet’s natural resources.”

Thus begins John Perkins’ personal account as an economist hired by a background corporation to promote US government and corporate interests in foreign–primarily third world–countries. The method was simple: if there were resources to be exploited, he worked to seduce foreign governments into enormous debt obligations for infrastructure built by American contractors, financed through the World Bank and others. He achieved this by exaggerating predictions of economic growth. The arrangement resulted in huge contracts to large American corporations. Another goal was to obligate the borrower far more than it could ever repay, in order to tie that government to American political interests.

“I was to justify huge international loans that would funnel money back to MAIN [the company Perkins worked for] and other US companies (such as Bechtel, Halliburton, Stone & Webster, and Brown & Root) through massive engineering and construction projects. Second, I would work to bankrupt the countries that received these loans (after they had paid MAIN and the other U.S. contractors, of course) so that they would be forever beholden to their creditors, and so they would present easy targets when we need favors, including military bases, UN votes, or access to oil and other natural resources.”

Perkins writes that if EHMs fail at their jobs, “CIA jackals” step in. “If the jackal fails, then the job falls to the military.”

The purpose is to promote US commercial interests by ensnaring world leaders “in a web of debt that ensures their loyalty . . . . In turn, they bolster their political positions by bringing industrial parks, power plants, and airports to their people. The owners of U.S. engineering/construction companies become fabulously wealthy.

“Today, we see the results of this system run amok. Executives at our most respected companies hire people at near-slave wages to toil under inhuman conditions in Asian sweatshops. Oil companies wantonly pump toxins into rain forest rivers, consciously killing people, animals, and plants, and committing genocide among ancient cultures. The pharmaceutical industry denies lifesaving medicines to millions of HIV-infected Africans. Twelve million families in our own United States worry about their next meal. The energy industry creates an Enron. The accounting industry creates an Andersen.

“The US spends over $87 billion conducting a war in Iraq,” and now Bechtel, among others, holds US government contracts to rebuild Iraq from the devastation the war has created.

EHMs provide favors as “loans to develop infrastructure–electric generating plants, highways, ports, airports, or industrial parks. A condition of such loans is that engineering and construction companies from our own country must build all these projects. In essence, most of the money never leaves the United States; it is simply transferred from banking offices in Washington to engineering offices in New York, Houston, or San Francisco.

Ecuador provides one striking example of this system’s results: About the size of Nevada, Ecuador has 30 active volcanoes, over 15 percent of the world’s bird species, and a land of diverse cultures. In 1968, Texaco had just discovered petroleum in Ecuador’s Amazon region. Since then, a trans-Andean pipeline has leaked more than a half million barrels of oil into the fragile rain forest. Now there’s a new $1.3 billion, 300-mile pipeline by an EHM consortium, and oil accounts for nearly half the country’s exports.

“Vast areas of rain forest have fallen, macaws and jaguars have all but vanished, three Ecuadorian indigenous cultures have been driven to the verge of collapse, and pristine rivers have been transformed into flaming cesspools.”

The only way Ecuador can buy down its foreign obligations is by selling its rain forests to the oil companies. One of the reasons the EHMs targeted Ecuador is the sea of oil beneath its Amazon region is believed to rival the oil fields of the Middle East.

“All of those people–millions in Ecuador, billions around the planet–are potential terrorists,” Perkins says, “not because they believe in communism or anarchism or are intrinsically evil but simply because they are desperate.”

Perkins describes similar tactics in Java, Kuwait, Iran, Panama, Guatemala, Chile, Saudi Arabia, Columbia and Venezuela. In rich countries like Saudi Arabia, he says, the goal was to induce them to spend money already in their coffers, buy US Treasury bonds, and use the interest to pay American contractors.

21 thoughts on “Book Commentary: Confessions of an Economic Hit Man”